The Oscar nominated actor stars alongside Amy Adams in Denis Villeneuve’s 'Arrival' about extraterrestrials landing across the globe in the cleverst sci-fi movie you will see this year.

“I never anticipated any of that stuff,” shrugs Jeremy Renner, talking about his mid-life career boom. These past five years, the 45 year-old has become a Hollywood blockbuster staple. Playing the straight-shooting Hawkeye in Marvel’s Avengers films, he’s also a regular in the Tom Cruise Mission: Impossible franchise and played the lead in The Bourne Legacy – a spin-off from the Jason Bourne/Matt Damon films. “Physically, I was a late bloomer as a child,” he winks.

Renner had been acting long before these huge-scale movies came his way. After making his first appearance in a best-forgotten high-school comedy Senior Trip in 1995, he came to attention as serial killer Jeffrey Dahmer in 2002’s Dahmer, then for roles in North Country and The Assassination of Jesse James by the Coward Robert Ford, alongside Brad Pitt. Two Oscar nominations – for Kathryn Bigelow’s war drama The Hurt Locker and Ben Affleck’s crime caper The Town – swiftly followed.

Now he’s back in Denis Villeneuve’s sci-fi Arrival, a canny mix of blockbuster and arthouse that begins as twelve alien spacecraft land across the globe. He plays Ian Donnelly, a theoretical physicist and mathematician, who teams up with Amy Adams’ linguistics professor to make first contact with extraterrestrials inside the shell-like craft that arrives in Montana. More Close Encounters than Independence Day, it’s the smartest sci-fi you’ll see this year.

Dealing with issues of time, loss and memory, with rather more intelligence than most of its kind, Renner admits that when he first saw it, it left him in bits. “It emotionally wrecked me. I don’t know if I’ll watch it again because I was pretty wrecked watching it.” Today dressed in a black short-sleeved shirt and a pinstriped trousers, with his sinewy arms and buzz-cut hairstyle, Renner doesn’t look the sort to get teary-eyed over a sci-fi movie.

Aside from Avengers – he’ll be returning as Hawkeye for Infinity War, due in 2018 – Renner hasn’t really broached sci-fi before. Is this a genre that’s always intrigued him? “I like to call it science non-fiction,” he replies. “There’s a certain reality and plausibility to stuff like this, that makes sense to me...I love that. Yeah, I like this genre, sure. If it’s based in human emotion...and the themes are great...it’s something I can connect to because I still play a human being...that’s all that matters to me.” 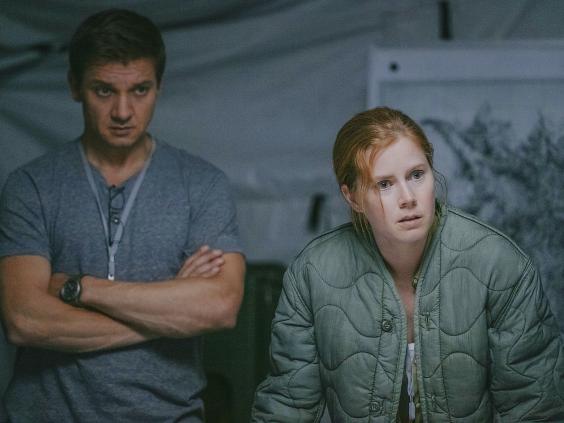 While Arrival certainly doesn’t have the budget of a Marvel movie, what Villeneuve and his team did visually left Renner impressed. “I didn’t think it would look as big and expansive as it does.” Understandable, given much of the film sees him and Adams venture inside the aliens’ craft. “We’re in a black box! With a white screen and [wearing] a Hazmat suit. That felt like it for the bulk of the movie.” He chuckles. “Not to take the sexiness out of filmmaking, but filmmaking usually isn’t very sexy.”

Even if sci-fi hasn’t dominated his career, Renner was born in Modesto – the same California town that Star Wars creator George Lucas came from. Lucas shot his 1950s-set teen classic American Graffiti there, which became something of a thing for Renner and his friends. “When I was 16, we’d get in the car and cruise up and down…that whole thing.” In keeping with the Americana, Renner’s father ran a local bowling alley in the town.

Beyond playing drums in a high-school band, Renner was at a loss for career plans. “I didn’t want to go to college and spend a lot of money and not know what the heck I wanted to do.” Instead, he went to Modesto Junior College “to fumble around and figure it out”, taking courses in computer science and criminology. “I was all over the map,” he says. “Then I took an elective, an acting class. I thought ‘I’ll give it a go’. I fell in love with it.” 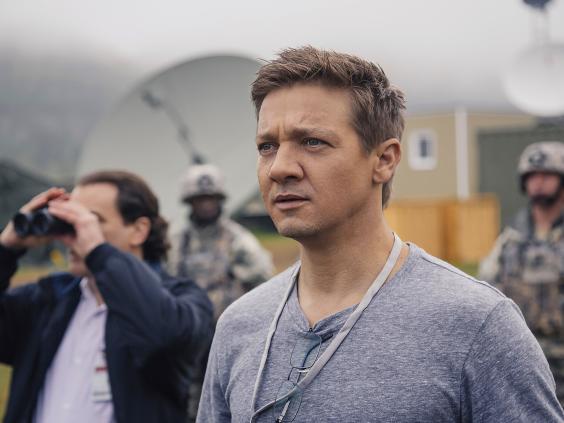 With music still a passion, Renner also runs a house-renovating business – and indeed there’s something blue collar about him on screen, a no-nonsense, vanity-free, get the job done with the minimum of fuss actor. “For me, I like to give directors problems,” he says. “Like good problems in an editing room! I want to give them choices – ‘Oh, that’s a good idea and so is that!’ That’s my challenge. I want to give the director many problems.”

Where did this come from? It sounds like an interesting tactic. “I’m the oldest of seven kids and I just give a lot of people problems!” he says. “I think that’s my job. It’s my birthright – to give people problems! And not always bad problems. Problems can be good, right? It’s just born in me. It’s in my bones!” Acting is all about offering up choices, he says. “The idea is that we’re giving. I feel like that’s my job – to give.” 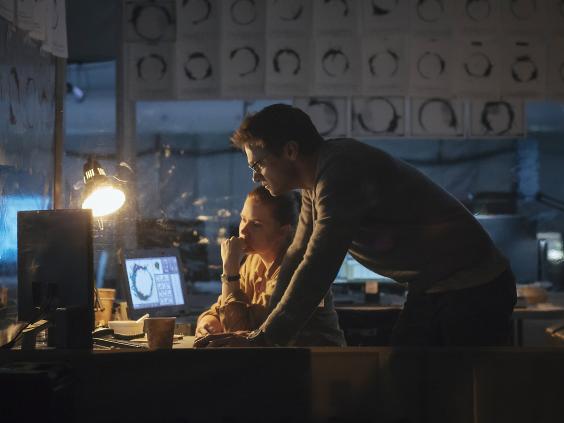 Renner’s set of problems, so to speak, is Wind River, the story of a murder on a Native American reservation. “It’s a beautiful, small, insular film – like I thought Arrival would be. It’s very well written. It’s hard to pitch. I’ll talk about it when it’s time for it to come out. But I’m glad Denis pushed me to go do it.” (the film is the directorial debut of Taylor Sheridan, who wrote Villeneuve’s Sicario).

Beyond that, his focus is looking after his 3½ year-old daughter, Ava (Renner was briefly married to Ava’s mother, Canadian model Sonni Pacheco, before it ended in divorce in 2014). “Being a father is number one,” he says. “That’s what keeps me focused, and not worrying about whether movies may or may not come my way.” Is he planning to show her any of his films? He shakes his head. “I’m going to keep her away from anything I do.”

Renner softens immediately when he starts talking about Ava – not least that she has a pair of Avengers pyjamas given to her that feature his likeness. “The only thing she knows is the guy on her pyjamas kinda looks like Daddy!” It must be a little confusing for a child to see her father next to the Hulk and Thor. “She’s never seen the movie,” he smiles, “but she says, ‘The guy with the bow and arrow looks like Daddy!’ I say, ‘Is that Daddy? No, that’s Hawkeye!’”

Source: James Mottram at The Independent